If developing countries are going to only recognize and respect research results from formal research institutes and universities, they will continue excluding diverse voices and stifling ambition. While formal institutions in Africa are doing their thing, ordinary people in farming communities, fishing villages and informal markets are creatively shaping their own future and adapting in the moment. It is unfortunate that the conventional notion of research does not arm ordinary people with principles of conducting research that informs their daily lives in ways that inform national policy. 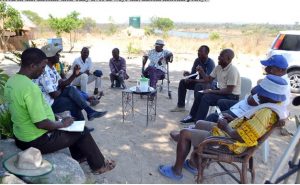 Before making recent overnight monetary pronouncements, the government of Zimbabwe could have benefitted from throwing a few simple research questions to ordinary people. Such questions could include: What are the uses of money?  To what extent do local communities understand what money is and its role in their daily lives or economic development?  What is foreign exchange?   What do you think are the benefits of a country having its own currency?  Such basic questions can open the door to a lot of knowledge and should not be a preserve of monetary circles.

The surprising power of genuine consultation

Getting ordinary people to answer the above questions does not require a sophisticated consultancy firm using imported methodologies but simple tools and consultative processes. When key economic actors like farmers and informal traders participate and contribute in such research, it become easy for government to come up with informed monetary policies owned by the majority. Economic fundamentals like currency are an example of public knowledge which should be understood by every citizen starting from a tender age. Such knowledge can speed up adoption and implementation of policies. Implementers are people on the ground who face different contexts daily and any changes in monetary policies directly affects their daily lives.

The need to democratize research is more telling in African agriculture. In as much as knowledge is said to be in research institutes, chemical companies and seed companies, when such knowledge comes down to farmers, it is brought more as remedies like drought tolerant varieties or chemicals to control diseases and pests. There is scant explanation why the recommended seed varieties are drought tolerant and why other seed varieties do not have the same characteristics or why chemicals have an expiry date.

Communities are wondering why experts are failing to control Fall Armyworm with local medicines. A question being asked repeatedly by farmers is: What is in Fall Armyworm that makes it resistant to all existing ways of controlling it without having to resort to imported chemicals?  In the absence of convincing scientific explanations, farmers in Gokwe North district of Zimbabwe have been quietly conducting their own experiments to kill Fall Armyworm by inserting grains of sand in the heart of the maize plant in which the Fall Armyworm will have created a home for itself. The thinking among the experimenting farmers is that sand will squeeze and suffocate the pest as it tries to feed or move.

Farmers in Gokwe and Hurungwe districts of Zimbabwe are also experimenting with different ways of controlling American Bollworm which they have given a nickname “Madzibaba” because of its white presence resembling clothing used worn by members of the Apostolic sect.  Those in tomato production are also quietly grappling with diverse ways of controlling Tuta Absoluta. The fact that formal research is not providing adequate answers does not only fuel local experiments but increases speculation among farmers that new diseases and pests are being manufactured by chemical companies so that they can continue selling different chemicals as remedies.

After decades struggling with cattle ticks, farmers continue to wonder why science and formal research has not found a permanent solution. They notice that some researchers have been making a living from researching and studying the same pests for decades.  Why should pests and weevils like maize grain borer be part of a syllabus for 30 years when such insects should be controlled or killed? By now, such pests would have been removed from the university syllabus if there had been commitment to using research in finding permanent solutions. Farmers and ordinary people may be forgiven when they think that research has become more for business and academic excellence than a source of solutions.

Governance and political structures as knowledge and research pathways

Since not all research findings or pieces of knowledge can be conveyed through conventional extension methods, there is scope for using political and government structures as pathways for sharing knowledge and research findings with ordinary people who are supposed to be the consumers of research-driven knowledge.  Most African countries have the same structures. On the political side are councilors or local authorities and members of parliament connected with the grassroots. On the other hand, some government departments have representatives at village level, for example government agricultural extension officers and village health workers as well as veterinary officers and nurses. More than 60 percent of these officers need re-training if they are to convey fluid research knowledge in the digital era.

The importance of embedding financial literacy in service provision

Wherever the above service providers go they use money. That means financial literacy should be part of ordinary people’s knowledge. Unfortunately many African countries are locking core facilities in silos for different economic sectors like Agriculture, Environment and Health.  They are not building the financial component into service provision yet behind every service are budgetary and monetary issues which should be known by ordinary consumers of the services. Supply trends for services are affected by budgetary implications. For instance, because farmers do not know financial underpinnings of the extension worker, when an extension officer does not show up they will just say, “Our extension officer is very lazy” yet his/her failure to deliver services is being affected by budgetary issues.

Likewise, behind NGO programs are budgetary and monetary implications which communities are entitled to know. When commodities coming into communities are more expensive than elsewhere, local people blame the store owner who brings the commodities just as farmers blame the traders in the market when commodity prices remain low. When ordinary consumers do not understand underlying budgetary and financial issues related to availing goods and services, they blame the service provider yet service providers like agro-dealers are messengers of budgetary and financial issues. There is no platform for sharing the message behind the message. Failure to use research in clarifying these issues invites political implications based on lack of correct information and knowledge. Localizing research can ensure knowledge flows from the grassroots frequently.  The government should focus on consolidating solutions from the ground such that if those solutions go back as feedback, communities quickly buy-in because they recognize their contributions.

One of the reasons formal research is not speaking to informal ordinary people’s daily research in most African countries is because knowledge structures and systems are still very colonial. For instance think tanks and experts are still located at head offices in capital cities. While the Ministry of Agriculture has largely been set up for farmers, an individual extension officer is expected to work with more than 100 farmers at the grassroots while economists and other professionals are based at the head office. The extension officer is expected to be conversant with agriculture, energy, finance, environment, climate and many other issues that trouble famers daily.  Of the more than 20 government ministries, less than five have grassroots representation.  In the digital era, why does the ministry of ICTs not have an ICT officer at the grassroots? The ministry of finance also does not have officers at village or district level. As a result, financial and ICT issues are left to financial institutions and Mobile Network Operators who are mostly profit-oriented and not subscribe to the notion of knowledge as a public good.

As if the above is not enough, African countries are building universities that are disjointed from the ecosystem in which they exist and not bringing value into communities where they are located. Why are local communities in which universities are located still struggling with commercial and financial issues when university students are studying those courses for at least four years? These universities should be conducting knowledge cafes in their surrounding communities and building knowledge hubs to address local people’s real like aspirations, challenges and opportunities. Such knowledge should also inform educational curricular so that commerce and finance is taught at primary school than beginning at secondary level. School children in the digital age have become conversant with foreign currency, exchange rates and mobile money at a tender age.